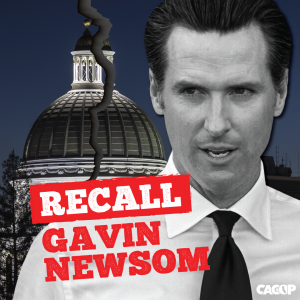 On March 9th, CAGOP Chairwoman Jessica Millan Patterson released the following statement on Governor Gavin Newsom’s State of the State: “Last week, Gavin Newsom told Californians that his word for 2021 was ‘humility.’ How about ‘honesty’ or ‘transparency’ instead? Gavin’s State of the State address was nothing more than a desperate campaign commercial, paid for by taxpayers, that attempts to explain away a level of incompetence no other governor in California history has reached. We give it four Pinocchio’s, similar to his apology for 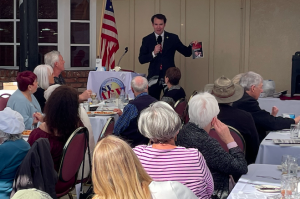 The RECALL NEWSOM movement got a powerful boost on Wednesday in San Jose. Assemblyman Kevin Kiley spoke to a capacity crowd about the eight defining characteristics of Newsom’s failure as governor. Kiley was the featured speaker at back-to-back luncheon seatings hosted by the Silicon Association of Republican Women (SVARW.com) with 60 people in attendance at each seating. Kiley based his remarks on his new book: RECALL NEWSOM: The Case Against America’s Most Corrupt Governor. He cautioned that a “standard corruption like that on display 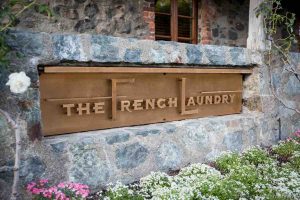 Support for the recall of failed Governor Gavin Newsom continues to grow, including in Santa Clara County. Now the Santa Clara County Republican Committee (aka the SVGOP) has officially endorsed the recall via a unanimous vote at its February meeting. Committee members cited Newsom’s singular litany of failures for why he needs to be recalled. Ready to add your name to the recall petition? Visit RecallGavin2020.com.