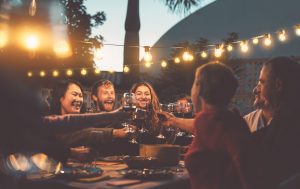 Did you know that an advisory panel in San José has recommended the elimination of single-family home zoning on neighborhood streets away from major boulevards and transit? This betrayal of the families in those neighborhoods contravenes the Envision San José 2040 General Plan that was adopted after much civic input. This so-called “Opportunity Housing” concept also contravenes common sense. The SVGOP supports more infill housing along major boulevards and close to transit stations. That makes sense. It doesn’t make sense to shoehorn up to