Remember when Democrats used to decry the corrupting influence of corporate money in politics?

“Today, the Supreme Court kept open the floodgates to uninhibited special interest spending in our campaigns and in our politics,” Speaker of the House Nancy Pelosi lamented following a 2012 Supreme Court decision to uphold Citizens United. “Their disappointing decision to uphold Citizens United deals yet another blow to a fundamental American value: that the voices of the people determine the outcome of our elections, not the checkbooks of the few.

Nine years later, the Democrat Party is content to see American elections outsourced to “the checkbooks of the few” – so long as the checks are signed by Big Tech.

While mainstream media headlines have focused on President Trump’s bans from Twitter, Facebook, and Instagram after the election, Big Tech’s greatest election manipulation came well before voters cast their ballots and in a decidedly traditional way.

Too late to affect the outcome, the public is slowly learning more about how Facebook founder and CEO Mark Zuckerberg, and his wife, Priscilla Chan, funneled more than $419.5 million through two non-profit organizations to influence the 2020 election.

At the time, Zuckerberg framed the donation as necessary to help election officials prepare for unforeseen challenges posed by the COVID-19 pandemic. Yet far from personal protective equipment for poll workers and contactless voting, Zuckerberg’s millions bankrolled get-out-the-vote campaigns.

The public should be deeply troubled by the partisan affiliation of the private groups tapped by Zuckerberg to enhance voter participation. The bulk of the Zuckerberg money – $350 million – was channeled to the Center for Technology and Civic Life (CTCL). The group’s founder and executive director, Tiana Epps-Johnson, is a former Obama Foundation Fellow and Election Administration Director of the far-left New Organizing Institute. According to CTCL’s own report, election officials spent the funds on “social media and advertising” and allowed government officials to “purchase thousands of dollars in billboards, television commercials, radio, etc.”

The second group receiving Zuckerberg election funds, the Center for Election Innovation and Research, spent $69.5 million in 23 states. Its funding was inequitably distributed to aid battleground states. More than half of CEIR grants were distributed to just four swing states: $13.2 million to Pennsylvania, $11.9 million to Michigan, $5.6 million to Georgia; and $4.8 million to Arizona.

New York has double the population of Michigan, yet received just $5 million – less than half of Michigan’s funding. If the funds were truly meant “to provide nonpartisan, accurate, and official voting information to the public,” why did more populous but uncompetitive states receive less money?

More than six months after the election, the public still doesn’t have a full accounting of the full extent of how these organizations spent nearly a half-billion dollars. The only available accounting: a locked Google spreadsheet that identifies the 2,500 government agencies that received funding, but that doesn’t share how much each entity received or how the funds were spent.

“The full extent of the grants isn’t known,” NPR News concluded in its December 2020 investigation into the unprecedented privatization of the 2020 election administration. “The Center for Tech and Civic Life declined repeated interview requests from APM Reports to discuss the funding and how it was used. In late October, the group listed the jurisdictions that received funding on its website but didn’t disclose dollar amounts or funding priorities for each jurisdiction.”

In addition to the partisan affiliations of its founders and lack of transparency for how the money was spent, the public should be concerned that the group’s voter turnout efforts were heavily concentrated in Democrat strongholds in swing states.

The Associated Press confirms that CTCL distributed “$6.2 million to Wisconsin’s five largest cities, $10 million to Philadelphia, and $6 million to Fulton County, which includes Atlanta.” A March 2021 report by the Foundation for Government Accountability found that Democrat counties received 92 percent of CTCL’s funding in Pennsylvania.

“It just doesn’t pass the smell test,” says Nicholas Horton, research director for the Foundation for Government Accountability. “Government should be a neutral, fair arbiter of the election process, and the public should have no doubts and full confidence in that process when going to vote in the polls.”

This article by Shawn Steel (the Republican National Committee person for California) was published by Breitbart on May 30, 2021: https://www.breitbart.com/politics/2021/05/30/steel-zuckerbucks-corrupted-the-2020-election-for-big-tech/ 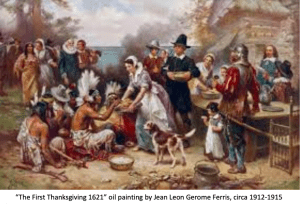 As we gather in our homes this Thanksgiving, we want to express our deep appreciation.  Andy Andrews wrote, “Too many times I have offered up the prayers of a beggar – always asking for more and forgetting to give thanks.  I do not wish to be seen as a greedy child, unappreciative and disrespectful.  My God has bestowed on me many blessings, and for these I will remember to give thanks.  I am grateful for sight, breath, and sound.  If in my life there 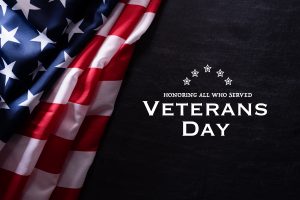 To Our Veterans, Past and Present, and to all the men and women of the United States Armed Services: We thank you for your service to our country. For protecting the liberty enjoyed by all Americans. None of America’s achievements are possible without your courage, dedication and sacrifice. We owe you our freedom. SVGOP is committed to promoting the values you fight for: freedom, liberty, and opportunity for all. To those who have made the ultimate sacrifice, those who risk their lives every day